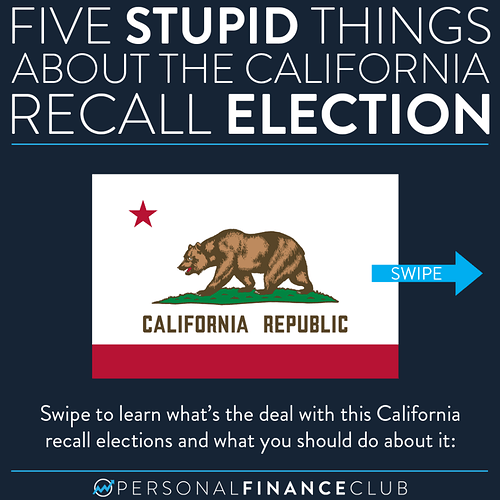 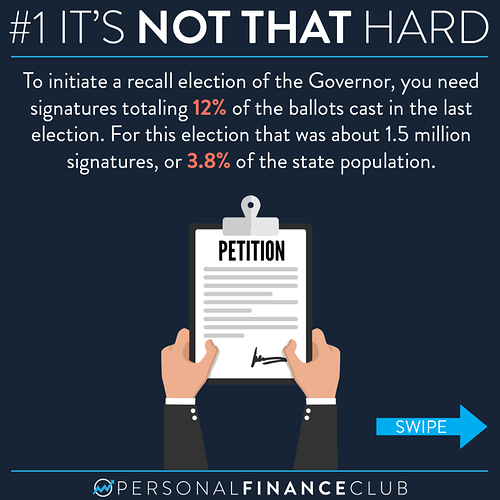 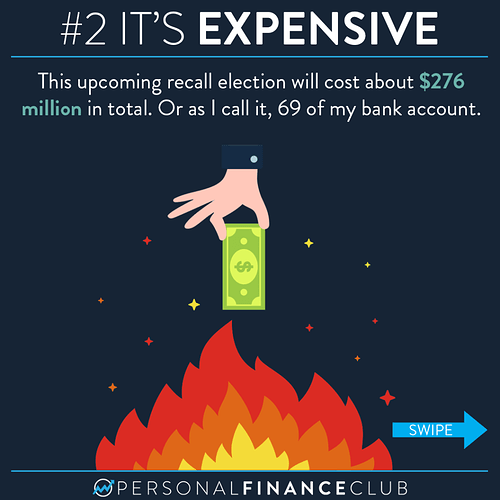 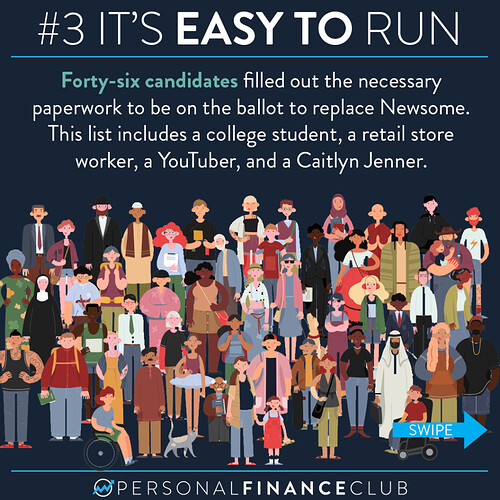 One fun fact: The YouTuber running is Kevin Paffrath aka @meetkevin who has used my graphics on his YouTube channel before! I like you Kevin, but still voting no on the recall! 🙂

Apologies to the majority of my followers who don’t live in California and for whom this is meaningless. Normal programming will resume tomorrow. (Spoiler alert: I’m gonna suggest you build wealth by spending less than you make and investing the difference).