How Daniel became a self-made millionaire with a $53K income

Originally published at: How Daniel became a self-made millionaire with a $53K income – Personal Finance Club 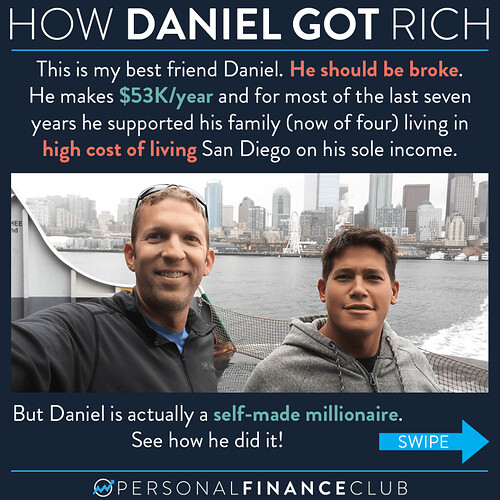 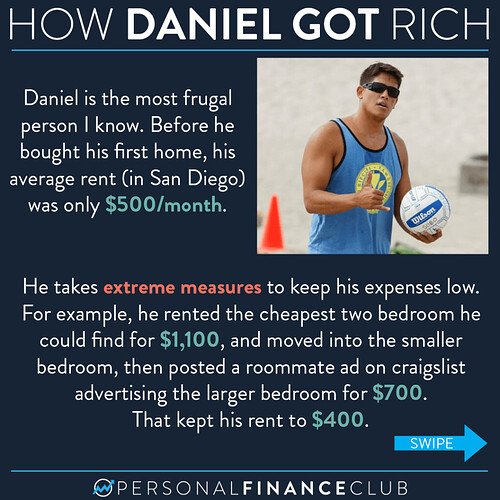 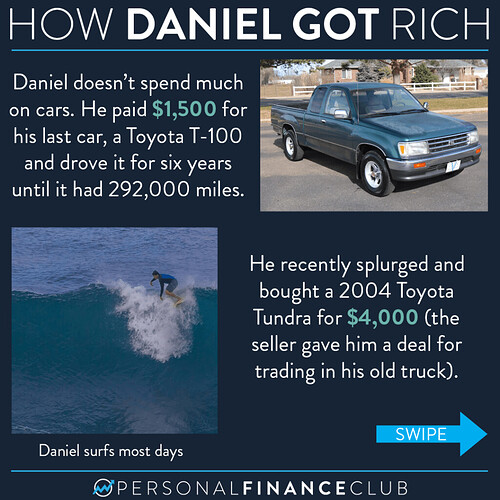 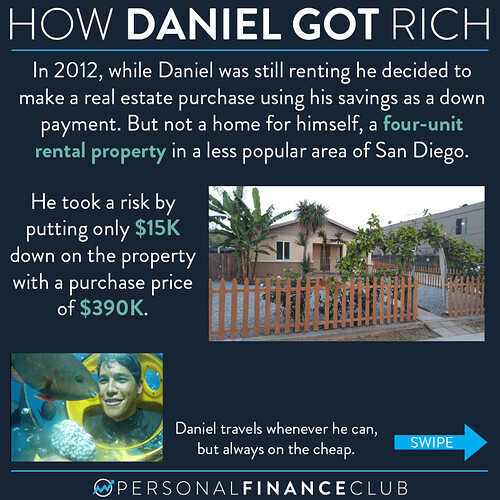 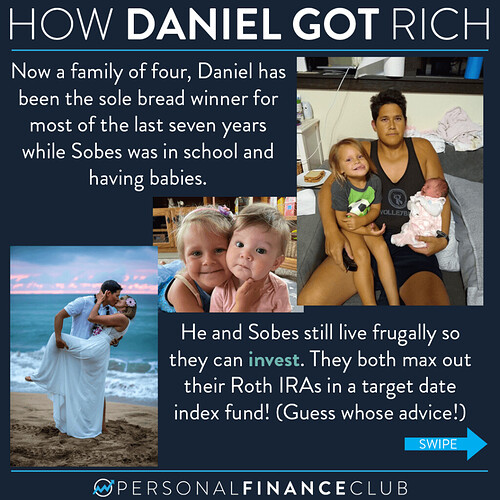 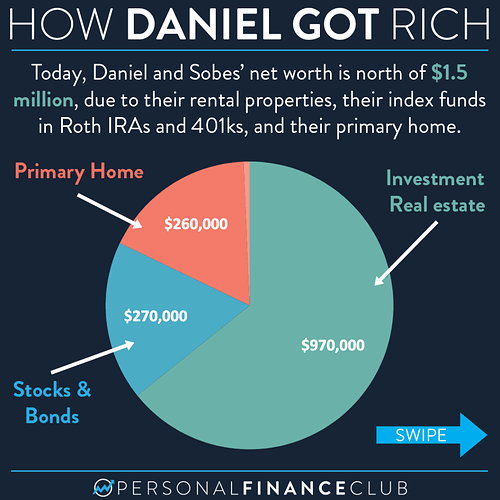 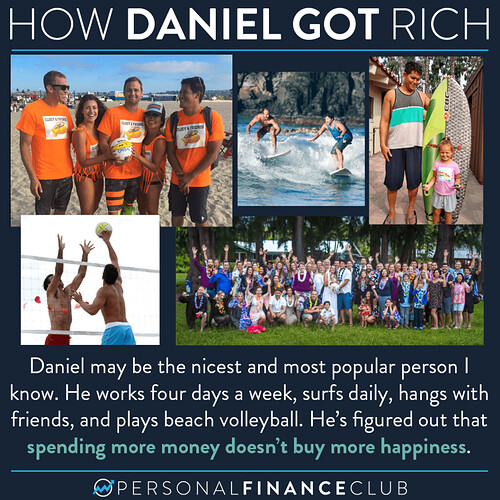 This is the story of my best friend Daniel. A few weeks ago, we were driving to Vegas (a trip that was free to him and he was getting paid for because he was coaching a volleyball tournament, one of his side hustles) and the topic of money of course came up. He’s always been comically frugal and I’m sure many of our friends assume he’s broke as a joke because he drives ancient cars, wears hand me down clothes, rarely goes out to eat, etc. I asked him, “are you a millionaire yet?” And he said he wasn’t sure. So we started doing the back of the napkin math in our heads and dang, he was there and then some! He hit $1.5M before he realized he was over $1M!

I don’t think Daniel especially likes his day job. But over his career he’s averaged about a $60K salary, with a max of two years at $83K and is currently making $53K.

But Daniel is definitely a hustler. He’s always grinding to get a better deal or to maximize profit on a side hustle. When he listed his own tiny condo for rent at an outrageous price, he had someone from out of town offer to move in long term paying $2,600 which was way above market rate. He said sure, then started a search for a place to live himself. He found a great apartment and negotiated with the landlord to get it for $1,600. The condo he owned was 1.5 miles from the ocean, the one he moved into was 50 yards to the beach.

With all those savings he aggressively invests in real estate and index funds! He and Sobes currently own three properties including their (now bigger) condo.

Does he sacrifice life experiences? In the past decade Daniel has traveled to Thailand, Costa Rica, Maui, Kauai, Oahu, NYC, Seattle, Denver, Portland, Vegas, Houston, Mexico, and more. He does so with the same frugal zeal as everything else in life. He plans to retire to Hawaii near the beach when his girls are out of school. I project he’ll have over $4M by then.